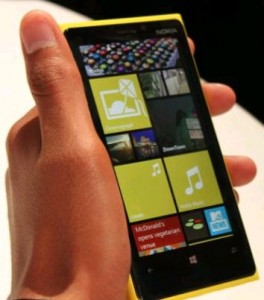 The technology companies in America & Europe have focused on expanding into allied businesses largely inorganically, while retaining the identity of the acquired businesses separate from their core offerings. Think of WhatsApp and Instagram by Facebook and YouTube for Google. There are obvious synergies with respect to quality of data and focused execution, but acquired businesses are run separately as consumers prefer a standalone app for a specific purpose with an uncluttered user interface (UI) as opposed to a bundling a host of services in one SuperApp like in WeChat.

Instagram Case Study
Instagram, started off as Burbn, an app that let users check in at particular locations, make plans for future check-ins, earn points for hanging out with friends, and post pictures of meet-ups. With multiple functionalities, the app UI turned out to be complicated, and hence its popularity was low.

However, photo sharing was the most popular feature among its users. As the founders realised it, they dropped all the other features (built painstakingly) and relaunched the app as Instagram. Instagram had a clear and simple UI and it instantly became popular, and the rest is history. It generated revenue of USD20bn in 2019.

To cut the long story short, the takeaway is that consumers want to use Yelp for restaurant discovery, Google Maps for getting there, WhatsApp for communication, FourSquare or Facebook for checking in, Instagram for posting photos, and possibly Apple Pay for settling the bill. Various apps have tried integrating these functionalities, but did not succeed.

Rise of SuperApp
WeChat’s history is different. Before Tencent launched WeChat in 2011, the most popular messaging app in China was QQ also owned by Tencent. QQ started off on the desktop and made its way onto feature phones in 2003 and smartphones in 2008.

But when Tencent realised how game-changing the smartphone really was, they decided to tackle the problem with a blank slate rather than have the QQ team try to create a better smartphone app. So WeChat was born. WeChat was a humble messaging app initially; it was primarily used for sending text, voice, and photos to friends and family. However, WeChat kept adding on functionalities to the app. Its users in China can now do incredibly more: hail a taxi, order food delivery, buy movie tickets, play casual games, check into a flight, send money to friends, access fitness tracker data, book a doctor appointment, get banking statements, pay the water bill, find geo-targeted coupons, recognize music, search for a book at the local library, meet strangers around them, follow celebrity news, read magazine articles, and donate to charity in a single, integrated app. The list goes on.

West Vs The East – Consumer behavior for Apps
Western platforms did try to create more services, but success has been elusive. Facebook tried launching deals and offers, on the similar lines to Groupon, but user engagement remained low.We believe that inability to complete the transaction on the platform has been one of the key reasons for suboptimal consumer experience versus a standalone app resulting in low traction. Also, western platforms compete in multiple geographies and hence integrating such functionalities across geographies will be challenging.

There are only a handful of prominent examples of successful super-apps outside China: Go-jek in Indonesia, Grab in Singapore and Southeast Asia, Line in Japan, and KakaoTalk in South Korea.