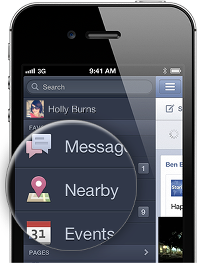 Today the whole World is Buzz with the news that Facebook is going to attack Google on its Core Search Platform using Facebook’s Social Graph backed by Microsoft’s Bing Search Technology, a killer combination in our view. Firstly, Facebook Like Button is a clear Winner compared to Google+ and is helping the former get more perspective of the user. Secondly, Google doesn’t have access to Billions of Bytes of User Generated Data on the facebook platform which is also context sensitive. If Facebook and Bing Research’s team can crack a way to transform these inputs into serving results, Google will be at the receiving end.

However, as far as Mobile is concerned, Google and Facebook are the clear winners. The mobile ad market is creating new challenges, it is notable that Google and Facebook are among the companies that have developed early and (relatively) effective mobile ad unit buys. Advertisers were also positive on Facebook’s progress in mobile as its mobile Sponsored Story ad units are directly transferable and scalable from desktop to mobile and the advertising is not showing any signs of interrupting the user experience or engagement. This is encouraging as mobile remains one of the reasons we are positive on Facebook for 2013, as the company’s progress attracting mobile advertising dollars and gives a picture of the size of Facebook’s advertising opportunity and ability to continue to post positive revisions.

Search advertising’s ROI edge over display advertising is even higher on mobile than it is in desktop, Google is the Leader. This is one of the reason’s why Facebook has to do a Social search. Google’s budding mobile local and location-based search was also called out as a reason to spend more on mobile search than mobile display.

On the mobile “app” vs. “browser” front, agencies and advertisers indicated that, for now, both formats are growing healthy and drawing different and distinct audiences. Mobile use patterns are admittedly nascent and still evolving, but this commentary is encouraging for Google’s ability to continue to drive the mobile ad market, and it also (for now least at least) lowers the concern that “apps” are going to replace browsers in the mobile world and thereby hold back Google’s ability to move its search business to the mobile medium.