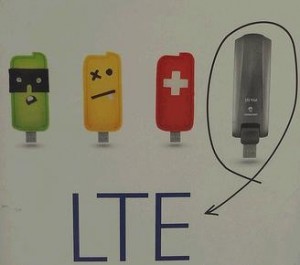 Incumbent mobile service providers – Airtel and Vodafone Idea are running 2G /3G & 4G networks while new entrant Jio has started its journey with 4G and VoLTE for Voice. With advancement in Radio technology, incumbents have re-farmed their 2G/3G spectrum to 4G, enabling higher coverage / capacity without incremental capex. With software tweaks enabling BTS’ of specific frequency to utilize more spectrum for 4G, difference in data throughput on a per site basis for industry players has narrowed. Incumbents did this in tandem with offering VoLTE to their consumers, thus reducing the load on their 2G networks.

Airtel would earmark only 5MHz for 2G, shut down 3G by 2020 end and re-farm all capacities in 900/1800/2100MHz to 4G by 2020 end. How is this made Possible ? Dynamic Spectrum re-farming: This allows incumbents to utilize their 900MHz spectrum for 4G-LTE without impacting their 2G networks. Carrier aggregation through software enables telcos to bunch together 4G spectrum to achieve multi-fold capacity uplift. A combination of the above is resulting in reduction of network capex by 60-70% on a per GB basis.

New Radio Technology – RAN Deployment by Airtel
With increased spectrum allocated for 4G, incumbents have been able to benefit. Instead of deploying radio access network (RAN) for each frequency (e.g. 1800, 2100 and 2300MHz), incumbents took advantage of RAN capable of handling multiple frequencies simultaneously. Apart from saving on radio capex, telcos’ rental and energy footprint are reduced. Additionally, most traditional base stations have a 3-sector configuration. Deployment of twin-Beam antenna enables doubling of capacity. Where logistically possible, Massive MIMO solutions and Beam Forming signaling can be deployed to achieve 3-5x capacity uplift.

Disruption in OSS & BSS Helped Deploy HetNets
To expand their 4G footprint (coverage and capacity) they have deployed a combination of networks comprising macro towers (ground based and roof based), small cells and distributed antenna systems. Two more aspects noteworthy are New rollouts are 5G ready, which would result in reduced spends for massive future capacity expansion. The evolution of small cells and in-building solutions is substantially reducing the costs to build new capacities.

Technological advancements in Software Defined Networking (SDN) and Network Function Virtualisation (NFV) have allowed telcos to deploy their capital intelligently, factoring in the stark divergence in quality of subscribers even in a small catchment area like Mumbai. In high revenue pockets like central business districts, telcos have deployed Edge technologies like Content Delivery Networks (CDNs) facilitating local caching of a large portion of their internet traffic. As a result improves the quality of service for high value users, reduces telcos transmission costs and allows their network to scale, thereby accommodating more users.

New BSS helps telcos with low churn as they are now able to manage customer expectations through sophisticated centralized customer management engines. Telcos now tap into the heightened 4G customer engagement via native apps like Airtel Thanks, My Vodafone. Airtel has been successful in providing value added services to high paying subscribers. The subscribers are tiered into three categories, with rewards ranging from free access to Airtel XStream and Wynk (Live TV and music streaming) to premium content and exclusive invites to events.

Airtel had made large 3G deployments before the above discussed beneficial technology changes to the OSS. This has been hurtful to them as is reflected in the network cost write-offs. Nevertheless, the company has now back in the race competing with Jio for Mobile Data Cash.