Subscribers to Double in 2008 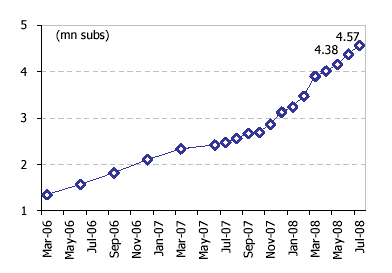 Kindly note that the growth is mainly coming from Wired DSL Broadband and not the over hyped WiMax. DoT has set a target of 20mn broadband connections for 2010 and it now appears to hit the target if growth continues as it has been in the past 10 months 🙂