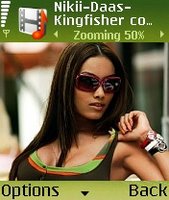 The DoT has announced 3G Spectrum Auction thus paving way for high bandwidth applications to run on wireless networks. 5-10 blocks (of 5Mhz each) per circle in 2.1Ghz band at reserve price of Rs 20.2bn for nation-wide license. In circles with >5 slots, the bidding intensity would be lower than say Mumbai / Delhi, where there are only 2/3 slots.

Three blocks of 1.25MHz each would be available for CDMA operators in the 800Mhz band. Both, the assured allotment to MTNL/BSNL and CDMA spectrum (pro-rata) would be allotted at the highest bid price in 2.1Ghz. Foreign Operators are also allowed to bid but they need to have a UASL license first.

Refer to goBroadband for more information and analysis on 3G Wireless Spectrum and Broadband Wirless Access.