In continuing our coverage on the 3G Spectrum allocation maps of India, we present to you two new operators – Aircel backed by Maxis Communications of Malaysia and Tata DooMo backed by DoCoMo NTT of Japan. Interestingly, both Aircel and Tata Docomo seem to have complementary circles, indicating that the spectrum distribution could trigger future M&A opportunities

Aircel won most South and East circles (with a few North circles), implying an intention to cover more population and greater geographical area. Aircel 3G Spectrum allocation and potential coverage on the map of India is as follows 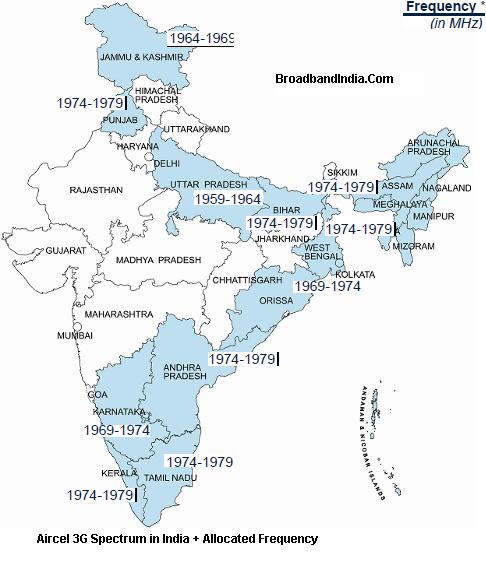 TATA Docomo, originally expected to have been the most aggressive bidder, surprised with just nine circles, mainly sticking to a strategy similar to that of Aircel.

Tata DoCoMo 3G Spectrum Distribution Map in India with allocated frequency superimposed on the shaded area is as shown below, 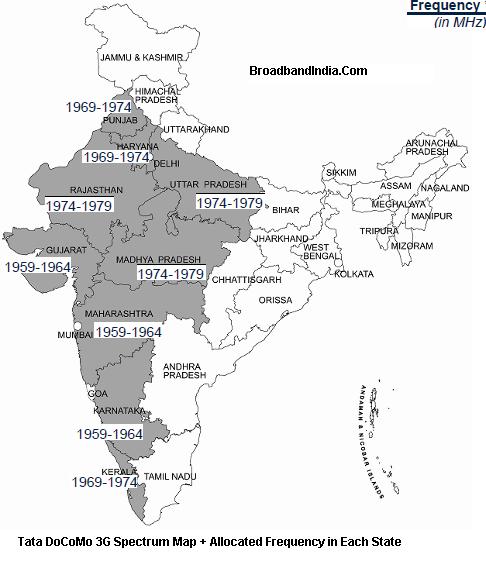