We Would like to enlighten our readers about the 3G Spectrum Maps of Bharti Airtel and Idea Cellular.

Circles where Bharti Airtel has gained access to spectrum are primarily those where Bharti had leadership position. Except for Punjab, MP and Orissa where it did not get spectrum, Bharti has acquired spectrum in each of the leadership markets. In place of these, Bharti has added Mumbai, Uttar Pradesh (W) and West Bengal. These circles account for ~69% of Bharti’s revenues, so acquisition of spectrum in these circles is a strategy to protect market share in key markets. The following Map of India Shows the 3G Spectrum allocated for Bharti Airtel. Shaded Area superimposed with the 3G Spectrum Frequency is also show in the map. 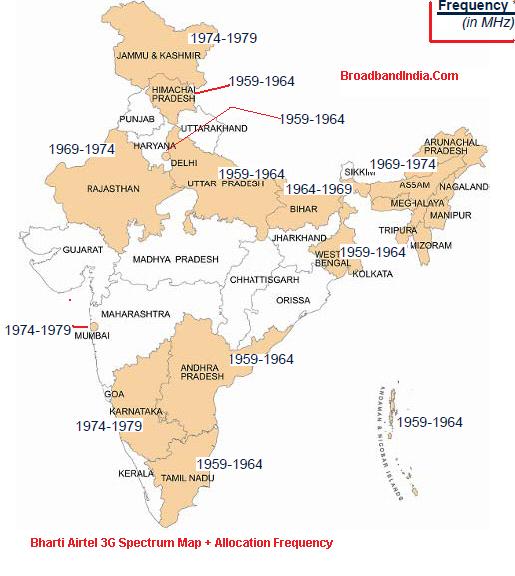 Idea Cellular opted for a different strategy in 3G Auction and went for higher geographical coverage: Idea acquired spectrum in different pockets where it has established revenue and has avoided ‘blockbuster’ circles such as Delhi and Mumbai. Its revenue coverage through the spectrum will be ~79% and will be the highest among the frontline telcos.

The following map shows the 3G Spectrum Map available for Idea Cellular to extend its reach. Frequency of 3G Spectrum Allocation is superimposed on the shaded area of the telecom circle. 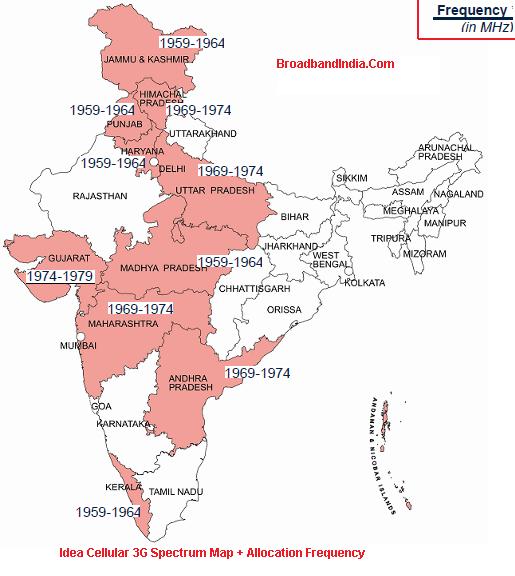 We will shortly publish the coverage maps of Vodafone, Reliance Communications, Aircel and S Tel.