We have compiled from the Telecom companies and TRAI / DoT and affirm that Indian Mobile SIM base now stands at 578.319 million at the end of March-2010. FY 2010 saw significant realignment in market share of net-adds driven by multiple-SIM phenomenaLarge incumbents [Bharti Airtel, RCOM, Idea and Vodafone] lost market share to Tata-Docomo, Aircel and other new entrants. However, we believe the changes in traffic and revenue market shares have been more muted, given the quick retaliation by incumbents to new entrant pricing, as well as their inherent advantages (coverage, distribution)., leading to greater usage on their SIM cards. We note that net-adds reported by new entrants have already begun to ease. Furthemore, increase in Vod’s net-adds indicates importance of non-tariff factors. 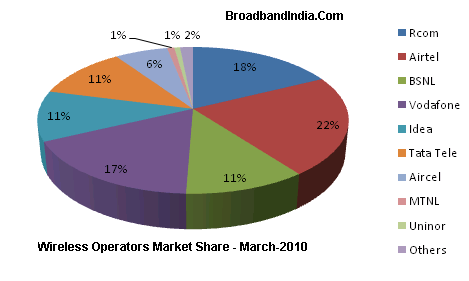 1 thought on “Indian Wireless Base at 578 Million”