Microsoft’s overhyped and overestimated Social Phone concept has failed miserably in the market. Microsoft has been slow in responding to the mega-trends in Pervasive Computing and 3 (or more) screen strategies from network operators. We see this as a worrying signal for management execution capability in the Entertainment & Devices segment.

Other Microsoft forays into the consumer mainstream markets, including the Zune, have also been underwhelming. Media sources have also recently cited that Microsoft has dropped its dual-screen tablet skunk project “Courier”, a product that we felt would have had good potential if the execution was there. Adding to Microsoft’s Woes, network operators are not allocating significant SKUs to Microsoft. Currently, the larger operators we have talked to are all gearing towards a 5:1 ratio between Microsoft and Android.

Windows Phone 7: A New Hope? At the Mobile World Congress (MWC) at Barcelona in February 2010, We liked the user interface however in a hyper-competitive industry, branding and marketing have become even more important as sales indicators 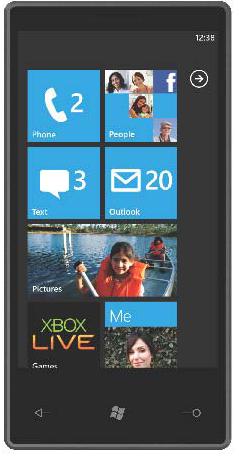 Microsoft has nominally lined up a similar roster of hardware vendors as behind Google’s Android, and some network operators may welcome WP7 as a differentiating factor, it still faces difficulty in rounding out its Constellation with a competitive developer ecosystem.

According to AppStoreHQ, of the 43,000+ iOS App Store developers, and 10,000+ Android developers, only 1,412, or 3% develop for both platforms, which undoubtedly require more time and resources than most developers are willing to spend. With
Apple’s larger installed base of customers accustomed to paying, and Google’s rapid growth and potential competitive advantage in monetizing apps via advertising, the industry believes that Microsoft faces huge hurdles in ramping up an attractive mobile software base.