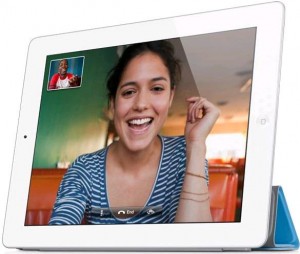 Apple Inc embroiled in patent wars with Samsung has taken the IPR aspect very seriously and has licensed close to 1,024 patents from Rockstar Consortium, which bought over 4,000 from Nortel for $4.5Bn in 2011. Apple is the major contributor to Rockstar Consortium (also includes Microsoft, Sony, Ericsson and RIMM), already giving it access to the around 4,000 patents from Nortel. Speculation is rampant across the web about the motives behind Apple’s reported acquisition of the large majority of the 1,350 patents that have been transferred by Rockstar Consortium over the past six months.

The Intellectual Capital Boom – In broader sense, beyond property rights such as patents, has become a critical and strategic business tool for multiple reasons. The Internet has created a network that can be used by anyone anywhere to leverage technology against companies that could earlier thrive on tangible barriers to entry and success, automatically raising the value of intellectual capital, or any specialized skill sets for the Knowledge based industries.

2011 was a historic year for Patents as Google, Apple etc all together spent over $20Bn far exceeding their R&D Budget only to strengthen their Patent Portfolio. [Google Acquired Motorola Mobility for $12.5 Bn + Rockstar Acquistion of Nortel Patents for $4.5 Bn, etc] Strategically, Sony-Ericsson and RIMM have little room to negotiate against Apple, which put up the bulk of the cash for the consortium, and Microsoft prefers to see containment or circumscription of Google’s Android proliferation despite it collecting the largest royalties off current growth.

However, the long-term sustainability and success of any company or technology is directly proportional to the value it creates and how that value is positioned to customers, rather than how quickly that value becomes part of a standard or otherwise sees widespread implementation. Recently, Apple settled its Patent disputes with HTC. Going forward, IPR battles are likely to intensify, with Google/Motorola and Samsung’s more aggressive moves in wireless as well as Huawei and ZTE’s increase in filings over the past five years.