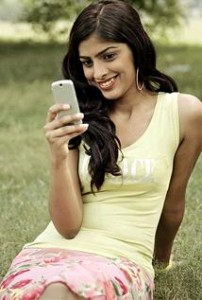 We have been hungry to write about a Hot Bleeding Edge technology Startup from India and it is InMobi – which runs the world’s second-largest mobile advertisement network after Google’s adMob. InMobi was among the earliest entrants in this segment and hence the company continues to benefit from the rapid growth of this US$3bn market [2011].

How is Mobile Advertising different from Advertising to Traditional PC / Laptop ?Unlike the cookies used to target advertisements for PC / Laptops, mobiles do not have any cookies. However, mobiles offer a much higher level of user information that enables better targeting of advertisements [Example – Location Based]. This has created entry barriers for many traditional ad networks.

Business Model:It has a platform used by mobile application developers and content publishers to display advertisements. The company operates on a revenue-sharing model where it retains up to 40% of the amount paid by the advertiser.
The app developers [Applications / Games etc] and content publishers embed InMobi’s code to channel relevant advertisements onto their mobile websites/apps.

Platform Independent & Global Scale of Operations: InMobi’s success can be partly attributed to its platform-agnostic offerings[ Blackberry, Android, iOS etc] For instance, publishers on both Android and iOS can use InMobi’s ad network. Consequently, with more than 10,000 publishers and access to more than 300m users, InMobi’s network is larger than even Apple’s ad-network.

Talent & Technology:From using Apache Hadoop to building scalable systems from cheaper hardware to its algorithms to target ads better, InMobi has many case studies of technical innovation. Moreover, it is able to attract senior business development talent from companies such as Google and Yahoo.

With India and Asia increasingly going Mobile ascertained from the fact that Mixi – Largest Social Network in Japan has 85% consumers accessing the site via Mobile, InMobi is sitting on a Big Treasure and maybe an acquisition target of large companies like Microsoft or Facebook.