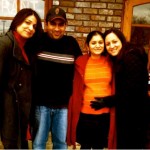 Increasingly startup Investors are seeing the fad in Daily Deals / Group Buying / Group Deals [GD] Web Businesses. They generate revenue by selling Daily Deals for a variety of goods and services directly to consumers who access its Website. They send email a list of discounted offers for goods and services that are targeted by location and personal preferences. Consumers access deals directly through Websites and Mobile applications.

What are the Key Products and Services ?
Featured Daily Deals – A featured deal is distributed every day by email on behalf of local merchants to subscribers using the company’s proprietary technology to target consumers based on location and preference. In addition to local merchants, they may offer featured daily deals from 40 national merchants as well.

Nearby Deals – We’d characterize such “nearby” deals as the ones identified by GD Site that are close to a particular consumer’s preferences and/or location. We believe Groupon could evolve this product to make Daily Deals more relevant and targeted to a subset of subscribers, thus increasing conversion from subscribers to active customers.

Mobile Based Instant Deals – These deals are initiated by a merchant on demand and offered instantly to Groupon’s subscribers through Mobile devices and the company’s Website. Typical NOW deals expire within a few hours after being
published.

Deal Channels – This product was first launched by Groupon in February 2011 in several North American markets. A “Deal Channel” is essentially an aggregation of several daily or weekly deals within a category applicable to a certain geography. Currently, Groupon offers channels for large categories such as Travel, Events and Ticketing, and Home and Garden.

Self Served Deals Platform – This tool is free for merchants and enables merchants to create and launch deals in a self-service manner or on a “as desired” basis. We think such tools could allow to establish a permanent e-commerce relationship with merchants, as such tools could allow merchants to perform a variety of product related testing functions, such as new product feature testing and price elasticity testing, etc