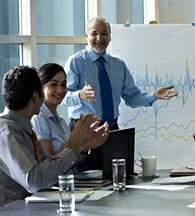 We have already seen what is Spectrum Refarming and How it can benefit and the drawbacks of doing the same. Now we’d like to analyze the scenario in the context of Indian Telecom Industry.

Why is the Regulator Pushing for Spectrum Refarming ? Apart from discovering the TRUE Value of Natural Resource after A. Raja engineered 2G Spectrum Scam in India, Regulator’s view are as follows,

Regulator ensures that Refarming be carried very carefully to prevent any service degradation of existing 2G/3G offerings. The cost of refarming is mainly borne by operators (and usually passed on to consumers).

TRAI recommended that all 900MHz available with incumbents be auctioned at least 18 months in advance of renewal and stated that the spectrum available in the 900 MHz band should be replaced by spectrum in the 1800 MHz band. Furthermore the regulator intends to charge 2X the winning spectrum price from the latest auction (likely to be held in Aug-Sept 2012) as the reserve price.

Current State of Wireless Industry in India At the end of Mach-2012, 88% of mobile services revenues of Indian telcos is from voice services and with significant number of voice subscribers for incumbent operators on 900 MHz, we believe refarming all available 900 MHz with an intention of using it for 3G would lead to significant disruption of 2G service.

Potential migration to 1800MHz will be impractical to implement as operators are unwilling to spend materially
higher on capex to add more cell-sites given the huge spectrum cost burden. Also, not using 900 MHz for voice services will definitely have an adverse impact on rural rollout (Rural penetration currently is just 40% and most of it is serviced by 900 MHz). Will deteriorate QoS, as unlike 900 MHz, 1800 MHz cannot provide good in-building / basement coverage despite higher capex investments.

What Happens if Regulator Forces for 900 MHz Refarming? If existing operators are made to vacate the 900 MHz spectrum, then they will calibrate to 1800 MHz bands and are highly unlikely to participate in the 900 Mhz Auction. Furthermore, there is a high probability that any new operator that wins 2G spectrum in the auction would likely use 900 MHz spectrum again for voice/2G services rather than for 3G as 900 MHz 3G eco-system is not mature (i.e. handsets are very costly). In this scenario, operators would be forced to raise their tariffs to ensure profitability. Also, operator will fight the government in a long drawn litigations.

In the current context if any daredevil operators bids to build a 900MHz 3G Data Network, his savings in rolling out will be offset by the price of the Spectrum at 2X the winning spectrum price from the latest auction (likely to be held in Aug-Sept 2012) as the reserve price. This implies a price of at least US$1450 mn/MHz.

Thus, it is evident from the above analysis that spectrum refarming is not a practical solution in the context of India currently nor a 900Mhz 3G Data Network is a is viable proposition at TRAI recommended Spectrum pricing.

So what is the Likely Outcome ? Refarming decision will be postponed by the Government for now. Separately it will reduce the reserve price of 1800Mhz Spectrum and also increase the availability so that more prudent price is discovered.