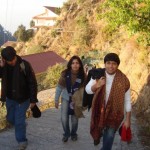 Facebook the Social Networking Platform is likely to sign an agreement with a local Chinese internet company to build a new social network exclusively for China and it is believed that the new website will not be integrated with Facebook.com.

Until now, Data suggests that Social networking is highly monopolistic- as in each country there is one dominant social networking site (QQ has approximately 80% market share in China). The switching cost for any user is quite high as they have all their contacts and data [comments, interactions, groups, photos, gaming, vidoes, etc]

Why is Facebook starting a new China Specific Venture ?
China is quite stringent on Global Companies operating in their mainland as they enforce strict regulations and anything against their national interest is dealt with severely. If Facebook were to enter China, the amount of content on that site would be minimal compared with Tencent, as Facebook would be required to seek approval for all content served despite the backing of a Chinese partner, which takes time.

Facebook needs to deliver a competitive advantage or a reason for users to switch from QQ and sign up to Facebook, as multiple social networking sites do not make sense. Finally, it is unlikely that Facebook will start a whole new India Specific website as most Indians communicate in English and at the most Facebook may introduce Indian language based customization. The company need not seek any approval and even if it wants, its easy with the rampant corruption in Government and especially the Ministry of IT & Communications.