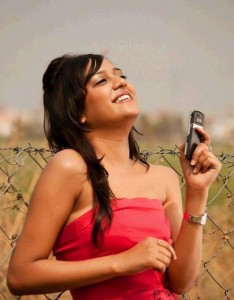 A section of newspapers [Full of Hype without any Analysis] have reported that Indian Telecom Operators have started a 3G Data Tariff War. Well, we’d like to enlighten the initial cuts in 3G tariffs cannot be termed as a Tariff War like we have seen in the 2G Voice between 2009 and 2011.

1. High Mobile Subscribers Density – Population density is a clear positive in a 2G voice driven environment, as 2G base stations have a comparatively fixed coverage diameter. This implies that a base station in a very dense city will “capture” a higher number of subscribers. 3G base stations operate somewhat differently – There are two key points here. First, the higher speeds are only available much closer to the base station itself. Second, the coverage area actually shrinks as more users use more data. This implies that cell site coverage shrinkage will progressively get worse, leading to requirements for significant base station proliferation over time.

2. Limited Spectrum – 5MHz grant of 3G spectrum in the 2100Mhz band is rather poor when compared to other countries. A single webpage today is approximately 10x the size of a webpage 10 years ago, due to the heavier use of graphics, scripts, and the like. Even if user behavior did not change, this would represent a significant increase in data usage. We also have Rich Multimedia such as Video and Gaming which require higher capacity data channels. A case study of Hyderabad Vs Singapore presented here concludes HIGHER CAPEX for Telecom Operators.

So what is the Potential Solution to India’s 3G problem ?
We can address only one – Scarce Spectrum as Population is beyond control of anyone of us 😉 The Department of Telecom (DoT) has asked the defense services to vacate 80MHz of additional spectrum in the 1,700-2000Mhz band while spectrum awards in the 700Mhz bands are also expected in 2014. Incremental Spectrum Allocation and Liberalization of Spectrum can help de-congest 3G Data Channels.

One of the Telecom Operators told us that Off-loading wireless data traffic to a WiFi network is a potential long-term solution. Over half of all smartphones now sold are Wi-Fi enabled, while one of the most popular (iPhone) automatically switches to WiFi and off the cellular network when WiFi is available. Vodafone in Europe offloads 10% of its Data Traffic to Wi-Fi network. This explains why Bharti Airtel is expanding its Wi-Fi footprint.

Another alternate solution in home or in office, Femto cells would be one solution to massive base stations proliferation, in effect making this proliferation economic for operators to pursue. A 3G data tariff war is unlikely until operators have enough channels.