2G Spectrum Price Likely to be De-Linked with 3G Price 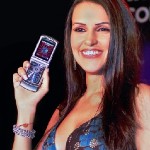 TRAI issued recommendations that tagged 2G Spectrum Price with that of 3G. However, the recommendations are not likely to be accepted in its current form. Industry Analysts met DoT and TRAI officials and here is the takeaway from the meeting.

3 Year Lock-In – DoT will likely evaluate every recommendation made by TRAI separately and implement them in a phased manner. We believe, the recommendation prescribing removal of the three-year lock in clause for new operators for facilitating M&A in the sector will likely be implemented.

Mobile Number Portability may get another extension and is likely to to be implemented before September 2010. Finally, TRAI has proposed to initiate a consultation process to bring VAS providers under the licencing regime. We believe TRAI will strengthen
regulation of the VAS value chain (possibly in terms of revenue share agreements between VAS providers and operators).