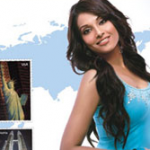 We are believers in the prospects of 3G in India due to maturity of internet usage, falling prices and improving usability of handsets and the proliferation of mobile applications.

3G Expenses and Income common for all Operators – We expect near term pressure on profitability of operators winning the 3G spectrum as they will deploy their 3G network and build a scalable 3G subscriber base. The operator will have to absorb the incremental depreciation of 3G network, amortization of spectrum, 3G spectrum charge of 1% as a proportion of total wireless adjusted gross revenue, interest cost on borrowings to fund 3G, access costs for internet, network costs for 3G base stations and SG&A expenses. To offset these costs, the 3G operators will have to build a new stream of 3G revenue balancing rate of adoption and pricing of these services.

Idea Cellular is more susceptible to near term impact on profitability from 3G deployment due to its smaller scale and lack of diversified global and enterprise businesses.

Reliance Communications will have the greatest challenge in building its 3G subscriber base that now consists of predominantly low ARPU CDMA and dual SIM GSM subscribers who are not in the sweet spot for adoption of 3G services.

Way Forward for 3G Auction Losers: Telecom operators who do not win 3G spectrum in the current round will have to wait for the next round of auctions (only ~25MHz out of 60MHz spectrum in the 2100 MHz band has been auctioned in current round) to capitalize on prospects of 3G/4G services. In the interim, these operators will have to focus on consolidating their position within the industry by building scale in the declining margin wireless voice business via M&A or deeper penetration in rural markets. Second Round of Spectrum Auction for Next Generation Data Services will not happen until a clear roadmap for M&A and Spectrum pricing is in place.