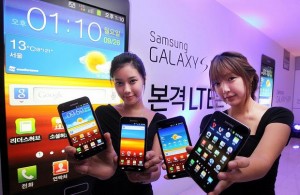 As demand for data increases, operators are trying new ways to accommodate traffic on existing spectrum instead of going behind higher bands such as 2300MHz and 2600MHz. According to the Global Mobile Suppliers Association (GSA), one third of today’s 96 commercial LTE operators have deployed LTE using the 1800MHz spectrum in their networks.

What are the benefits of Deploying LTE in 1800MHz band ?

Apple recently announced three versions of the iPhone 5, supporting the LTE frequencies used by AT&T, Verizon and Sprint Nextel in the US, and 2.1GHz for SoftBank and KDDI in Japan with LTE support at 1800MHz for other Asian (and European) operators. Samsung and LG have also introduced LTE Phones.

Also the coverage area is 1.5-2x compared with deploying the 2.6 GHz band. There is a possibility of re-using assets, e.g. antenna cables of GSM1800 or WCDMA-HSPA2100 for LTE1800 deployments.

Did Indian Government Lose a Chance for Auctioning 1800MHz for Serious LTE Data Players ?
In the forthcoming Spectrum Auction, the DoT under Ministry of IT & Communications is auctioning only 66% of the Cancelled Licenses. The DoT argues that the residual spectrum shall be availed by incumbent operators if they fail to win 900MHz spectrum in re-farming. Well the Government and DoT in the absence of a Clear Telecommunications Roadmap have no idea on how to maximize revenues and help the eco-system progress.

Packaging 1800MHz in Larger Chunks of 10MHz Blocks, the Govt could have realized 46% Higher Prices had they put all the 576MHz of Spectrum Cancelled in the 2G Spectrum Scam. We believe India could have suitably benefited from low-cost 3G/LTE deployment. Notably, 3G deployments may prove more advantageous in the Indian context, given that the 3G device ecosystem is relatively mature and cheap.