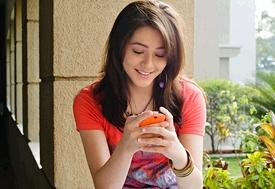 We believe HTC has lost leadership in LTE Phones lately.

HTC was the first vendor to launch LTE Android phone back in 1Q11. As a first generation product, Thunderbolt was an impressive device. While criticized for its short battery life, lightening fast internet surfing experiences still drew lots of interest from consumers. What surprised us is that HTC had little improvement when it moved from old generation Thunderbolt to the new Vivid / Rezound. HTC Vivid is thinner than Thunderbolt and with similar weight.

Despite that HTC has the smallest battery, its LTE models are heavier and thicker than the competition. For example, HTC Vivid and Samsung’s Skyrocket are both launched at AT&T as its first two LTE models. Skyrocket has a 4.5 inch screen (same as Vivid) and a 1850 mAh battery (vs. Vivid’s 1620 mAh), weighs 130 grams (vs. Vivid’s 176g), thickness of only 9.5mm (vs. Vivid’s 11.2mm).

You may observe that LTE Phones are Larger compared to other 3G Smart Phones as explained here.

Why is Samsung Better ?
Samsung’s Skyrocket also has a bigger 1850mAh battery vs. HTC’s Vivid’s 1620mAh. While Samsung’s AMOLED panel may play some role in Samsung’s thinner and lighter form factor, we do not believe that the weight and thickness between AMOLED and SLCD could explain the 45gram weight difference and 1.7mm height difference, especially given that Samsung has a much bigger battery than HTC.

It’s puzzling why Samsung can come out with a much thinner and lighter phone than HTC with the same semi architecture. If HTC can’t figure this out, who will ? Can you?