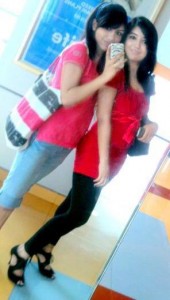 Apple Mobile Operating System iOS is derived from Mac OS X family[MAC OS X is a derivation from FreeBSD & NetBSD Kernel with its own GUI]. We studied the features of iOS 6 in great detail and would like to summarize the key features that have been integrated or introduced.

Siri Enhanced in iOS 6
Siri will have enhanced support for sports (scores, statistics, game schedules, etc.), restaurants (partnership with Yelp and OpenTable), movies (integration of Rotten Tomatoes), as well as launching apps. Furthermore, a number of new language will eventually be supported, including Italian, Spanish, French, Chinese, Korean, etc. Also note that Siri will be available on the iPad 3 and a number of car models from participating manufacturers.

FaceTime in iOS6 over cellular – FaceTime now functions via cellular networks as well as Wi-Fi.

Special China Support in iOS 6
Unlike Google, which completely pulled out of China after the hacking incident, Apple is more business minded and wants to get the last penny out from China. Similar to OS X Mountain Lion, Apple will include Baidu, Sina Weibo, Yokou, and Tudou for China-specific content in iOS 6. iOS 6 will also include improved pinyin input methods and Chinese dictionary.

In addition to the iPhone 5, iOS 6 will be available to work on iPhone 3GS (and later), iPad 2 (and later), and the 4th generation iPod touch, with software upgrade available on 9/19/2012.