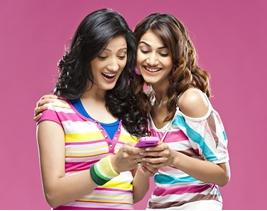 India’s Top 3 Wireless Carriers Airtel, Vodafone and Idea Cellular have seen a consistent decline in their subscriber net additions. This consistency clearly suggests that there have been some coordinated efforts to address the multi SIM phenomenon. Earlier, operators were giving higher commissions to the retailers which in turn were being passed on as freebies to the subscribers and were resulting in ownership of multiple SIMs. However with lowering of commissions operators have been able to lesser the dual SIM phenomenon.

The dual SIMs which came in for particular freebies are getting phased out and as such the net additions numbers are coming down. Assuming the discipline remains intact, gross additions going forward may still be relatively lower, but so will be the churn.

In our view while the practice [Multiplicity of SIMs] was resulting in positive subscriber additions it was margin dilutive, and retailers were benefiting at the cost of operators.

The new subscriber verifications norms from November can have an operational impact and in the short term put pressure on new subscriber additions. Separately these new norms too cap multiple connections and very likely to result in higher activation time both of which will address multiple SIM phenomenon to some extent in our view.

Return of Rationality
The overall industry seems to be behaving rationally at least with this regard. So operators need not depend on new subscribers to get the incremental minute’s growth as the subscriber loss /churn too reduces and as such the minute’s leakage is too controlled. As such operator focus will be more on retention and improving usage on the existing base and pushing data services. And the freebies used to attract new customers earlier are likely to be diverted to subscriber retention.

For voice realisations to improve the easy task for operators is to align the special tariff vouchers and lower discounts gradually.