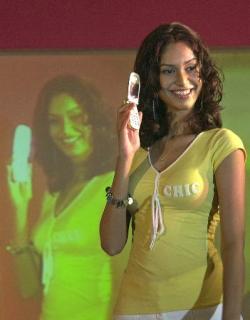 The Average Revenue Per User [ARPU] / Month for a Mobile subscriber in India is now closer to Rs 200 / Month below which cellular services become unviable.

Telecom Analysts are not worried because of the economies of scale. Also due to the efforts of then IT Minister, Dayanidhi Maran, Telcos have infrastructure sharing arrangements which helps them keep their operations / working cost lower.

This will not affect the operators to provide plain vanilla of services compatible with 2.5G. However, if the operators are to bid for 3G licenses and deploy next generation networks, it will take a hit on their bottomline. It is really pathetic that Indian Mobile Service providers are hesitating to play it big in the fast growing broadband market with the exception of Reliance and Airtel.