With the success of Moto Razr, the world has started chasing Slim Phones just like Men seeking a slim date 😉 . Nokia entered the segment of Slim Phone late but with a rocking Nokia 6300. Samsung is giving Motorola a tough time in India with it’s cool new D830.

Samsung D830 is a tri-band GSM/GPRS phone without 3G support. It comes with a 2.0 MegaPixel Camera without any flash or auto-focus but the clarity of pictures are cool. The phone has Bluetooth along with stereo A2DP support for wireless headsets while on the move. It also has USB 2.0 support.

D830 has around 80MB of internal memory and it also comes with a microSD/TransFlash memory card slot. D830 like its peer doesn’t have FM Radio. However you can play music in any of the following – MP3/AAC/WMA player 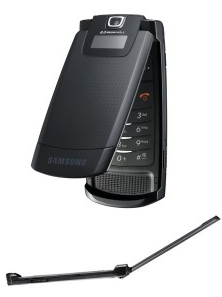