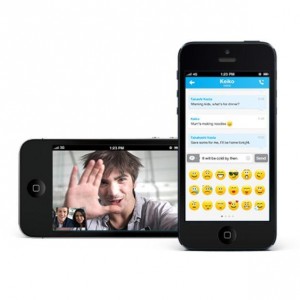 Skype releasing version 3.0 into the Android market and 4.2.1 for the iOS has farther reaching significance and implications than most of the industry bloggers and media would believe. The longer-term strategic implications appear sound and are gathering momentum.

We tested the new version of Skype for Android against older versions on iPad and PC, off an internal WiFi network as well as between Asia(Bangalore) and USA(Seattle). Skype version 3.0 has been tweaked and optimised for tablets (designed for landscape mode), but the changes in look and feel are not significant to those of us who already use Skype on Windows and iOS (iPad). From our tests, the quality of a voice call, even between Asia and USA, is as good as any normal cell phone call, and the video quality is sufficient for use even on a 7-inch Android tablet.

Product Engineered – For those who follow the workings and technologies being submitted to the Internet Engineering Task Force (IETF) for standardization or use Skype on desktop PCs, the SILK audio codec and compression format quality is relatively familiar as well, as SILK is already in use for PC-to-PC calls.

For those of us looking at Asia and the emerging markets strategically, it is worthwhile to note that Skype and Facebook are the only two user bases currently that are large enough to contend with the massive scales that Chinese Internet Giants providers such as Alibaba, China Mobile, Sina and Tencent have with user bases . Skype has crossed 100m Android downloads is significant for the growing Android market as well as the fragmenting Chinese market. In the medium term, an important issue for investors to watch is the functionality and growth of Tencent’s Weixin service. As both Skype and Weixin move further into video as well monetisation and commercialization, their service paths are already crossing.

What is the Way forward for Skype and other Apps ?
The two critical factors which any company or App must address – the ability to work over the major technology platforms of Apple, Android and Windows, as well as major device classes ranging from PCs to tablets and smartphones. For Skype, integration into social networking and communications over IP, for everything from presence management and other forms of implicit communications through to the synergies and integration that is possible with a multitude of different Microsoft technologies and platforms as they move deeper into cloud computing, evidence for that comes from Microsoft retiring Messenger.