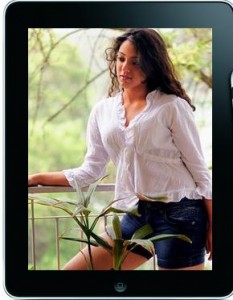 Generally SmartPhones and Tablets have different core functions (cellphone replacement / communications device vs. netbook replacement / media consumption device), the main difference between them is size. In the Android world, the distinction is blurring, with the Samsung Galaxy Note (5.3″ screen) and several 7″ tablets occupying the middle ground between the iPad (9.7”) and iPhone (3.5”). Apple is now launching the new iPad 7 inch and expect to see greater use of tablets for communications, as VoIP and video calling become more firmly entrenched.

Tablet Portability / Connectivity – Like laptops, Tablets are more often portable than truly mobile, and usually connect via Wi-Fi. For many users, cellular connectivity is a nice-to-have rather than a Must-have , and tethering (to a smartphone or hub device) is common. 4G LTE deployments should encourage tablet owners to connect: mobile broadband download speeds are now sufficient for video and very competitive with fixed broadband / Wi-Fi. If voice (and video) calling migrate to the tablet, then there will be another reason for users to want always-on tablet connectivity.

Tablet Market – Currently it is dominated by the (9.5″) iPad. A smaller iPad (or market share inroads by smaller models from Samsung, Google and Amazon) is more likely to be used as a mobile (rather than portable) device.

Data Pricing The price points for tablet data need to be low to be attractive for consumers, but not too low to disrupt established pricing for USB Data Cards (often set high, for the business segment) and smartphones (where minimums are typically high). Wi-Fi offloading is an obvious point with tablets, but it applies to smartphones too.

A smartphone can do all the things we expect it to via Wi-Fi, without a cellular connection – make best use of VoIP and messaging apps. A SmartPhone will always be packed with Rich Features – High Resolution Camera, Music & Video Capabilities, Gaming, GPS, Short Range Communication Stacks [Bluetooth, NFC, etc]. As of now most smartphone users will happily pay a mobility premium, to be able to access the cellular network. But several factors might push some users to opt for smaller, cheaper monthly packages: better VoIP quality with 4G LTE. We can easily conclude that we are heading to era where a combination of VoIP, messaging apps and Wi-Fi offloading, customers will be able to vary their reliance and spending on the cellular network based on what they can afford on SmartPhones / Tablets.