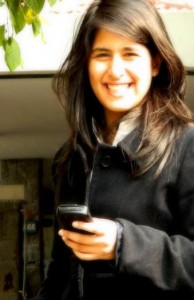 The business case for standalone 4G LTE broadband services using 2300MHz is a little away to be popular on mass adoption. There is a prevailing view that Reliance Infotel or one of Mukesh Ambani’s front end company might bid for the 1800MHz band so as to offer basic 2G Voice service. We see the following challenge in Infotel bidding for the 1800MHz band – Reliance may use the 1800MHz band for building its GSM/EDGE network. Given the current state of the new operators, the breakeven point for Reliance will be at least 4 to 5 years away.

So what are the Options before Reliance & Mukesh Ambani now ?
Reliance has already invested Rs 12,500 Cr for 20MHz Spectrum in 2.3GHz for 4G Broadband Services. However, mass adoption of this is few years away as the ecosystem is still nascent and evolving. Alternatively, Acquisition of Smaller Telco like Aircel is an Option or Merger with beleaguered Reliance Communications as RCom does not have 4G Spectrum and will be a complementing strategy.

What if Reliance Infotel Wants to Go Solo ?
It is well known fact that Mr. Mukesh Ambani wants to do everything himself as evident from his Forward, backward and Sideways integration in Petrochemicals as well as erstwhile Reliance Infocomm.

Possible, Reliance 1800MHz Spectrum Bidding Strategy
PAN India 1800 MHz Spectrum is really very expensive as it costs Rs 2,800 Cr / MHz and 5 MHz will cost a whopping Rs 14,000 Cr. The following chart shows Spectrum Reserve Prices and Subscribers in each circle, ranked on the basis of Reserve Price. Reliance Bids for 5Mhz in Bottom 16 Circles which represent 62% of Indian Mobile Subscriber Base. Reliance will end up paying Rs 3,770 Cr for 5 MHz spectrum good enough. [New Operators have to bid for minimum of 5MHz]

And what could Reliance 800MHz Spectrum Bid Strategy could be?
4G / LTE Operators are using dual spectrum bands one in 700 MHz or 800MHz and the other in 2.x GHz. The lower band will help in developing reach while the higher band can be used for capacity. RIL can bid for 2.5MHz in 800 band for the bottom 16 circles [Rs 2,450 Cr] or on a PAN India basis [Rs 9,000 Cr] and then decide to stay away from 700MHz auction in future which is likely to be pegged at a still higher rate.

More Options…Only 30% of the winning bid amount is due now thus bidders can run Analytics based on various parameters like Subscriber Age, ARPU in a circle, Data usage, MoU, etc and then decide. But our view is Reliance will bid for Bottom 16 Circles in 1800 and 800 band for 5 Mhz and 2.5 Mhz spectrum respectively.

OFC, Backhaul, Tower Infrastructure Investments Reliance will have to also invest in building the Telecom Infrastructure which is a steep task for anybody considering the Wage Inflation and Corruption across length and breadth of India.

Any guesses on how they may bid ?