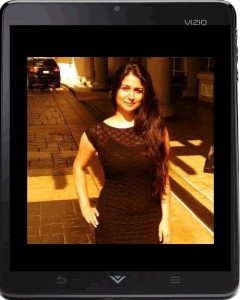 Tablets have increasingly gained acceptance over NetBooks and Laptops in the Last 12 Months and new consumers especially in China and India are not even having a second thought about Laptops and are directly logging on to Tablets. In the context of this development, we undertook a field research on who are the major component suppliers for building your own Tablet Brand and disrupt the market like Micromax did with Mobile Phone Handsets in India.

Display Costs around $50. Samsung, LG Display, Chimei, Sharp and AUO are the Major Suppliers
NAND FlashCosts $32 for 32GB. Samsung, Toshiba, Hynix, Sandisk and Micron
Battery Cost upto $25. Simplo, Dynapack and Samsung
Applications ProcessorCosts around $18 per unit. Apple, Samsung, NVIDIA, Texas Instrument (TI) and Qualcomm have the major pie of the market
Baseband and TranceiversCosts around $18. Qualcomm has the bulk of market at 70% followed by Intel at 15% and others.
DRAMCosts $14. Samsung, Hynix, Elpida and Micron
RF and FEMCosts $12. Skyworks, Avago, Triquint and others
Touch Screen Costs $8. Nissha Printing, TPK, Young Fast and Wintek.
Image Sensor (camera) Costs $7. Omnivision, Samsung, Sony and Others
PCBCosts around $6. Ibiden, Unimicron and TTM are the Major Suppliers
PMICCosts $5. Qualcomm, Dialog Semi, Maxim and others

Thus the Approximate Cost of Sourcing one of the best components for your own branded tablet will cost you around $213.25. Of course you have the option to go for White Box Manufacturers [i.e they are already manufacturing tablets sourcing their own components and then they will print any brand you want] which saves you from the micro level sourcing and management but it’d be nice to get it from a reliable vendor or a manufacturer who has the above mentioned industry leading components in the tablet rather than unreliable ones.