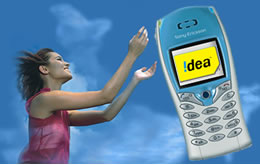 Kumarmanglam Birla controlled Idea Cellular has been continuously offloading stake in the company to various Venture Capital and Private Equity investors since August-06. Just a while ago, Idea has sold 1.5% stake to Sequoia Capital at $40 Million.

With this Sequoia Deal, the valuation of Idea cellular has moved up from $2.0 Billion [when Tata’s exited Idea] to $3.2 Billion.

Idea Cellular has also filed with SEBI for a $500 Million Initial Public Offering. Why is Idea Cellular in such a hurry when telecom valuations are improving ? The Birlas badly need $1.5 to $2.0 billion to fund their Retail dreams. Ultimately, Kumar Birla will hold controlling stake in Aditya Birla Nuvo Ltd which has 30% stake in Idea Cellular and thus retain management control of both the companies.