Bharti Airtel today became the first operator in India to launch 4G LTE Services in Kolkata. The airtel wireless 4G LTE service breaks free of everything you knew about the internet. Features include – wireless and blazing fast High-speed mobile internet access with bandwidth up to 40Mbps. See on What all You can Experience with 4G

Airtel’s 4G LTE, or Long Term Evolution, is the latest (4th) Generation in Mobile Network Technology. Get speeds up to 100mbps while downloading, and 40mbps while uploading. Break free of buffering and waiting, and manifest your will online instantly and seamlessly. The internet will never be the same again.

Theoretically, 3G technology provides faster / higher data transfer rates compared to the 2G network (EDGE & GPRS).This technology can offer speeds up to 21 Mbps. An in case of 4G LTE, Data Downlaod Speed under Ideal Conditions can be as high as 100 Mbps. You can see the complete difference between GPRS / EDGE /3G and 4G here.

How to Access 4G LTE ?
Airtel is Offering Two Choices 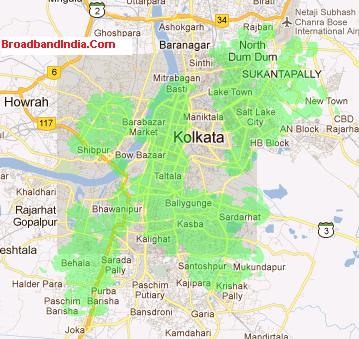 Experience 4G LTE in Kolkata – To attract Potential customers to the 4G LTE Wireless Broadband Platform, Airtel has setup 14 Exclusive 4G Experience Zones in Kolkata covering the length and breadth of the city.