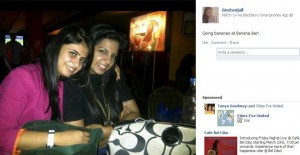 Mobile traffic growth will outstrip the ability of carriers to monetize it. Carriers are expected to respond by offloading an increasing proportion of data traffic to Wi-Fi or 700 MHz LTE Network, but this points to (costly) construction of expansive networks.

Can the Smart Phones Do it ?
One possibility that has received very little attention is that smartphones themselves will become data-smart, transmitting data more efficiently and helping to shift traffic to non-peak hours or Wi-Fi networks. So far, there has been no reason for smartphone vendors to focus on network efficiency. The smartphone market has been a land grab focused on higher spending customers.

How can SmartPhones be Data Efficient ?
Smartphone Mobile operating systems and applications will become smarter in their usage of network capacity. We are referring to both raw efficiency (bits it takes to load a web page or an image) and the efficient use of network facilities (Wi-Fi when possible, and off-peak 3G / 4G rather than peak).

Use Storage for Deferred Connectivity – Most SmartPhones have enough Data Space. You can delay transmission until the device can use a Wi-Fi connection or off-peak airtime. Examples could include data syncing, downloading video, posting pictures online, updating software, etc.

Android 4.0 Giving user Control on Data Usage
Android’s new OS (4.0/Ice Cream Sandwich) has a data management feature that lets user monitor data usage (both overall and at the task/app level), receive alerts when their cap has been reached, and turn off mobile data (including background data usage by specific apps).

Better Mobile Browsers
Mobile Browsers achieve substantial bandwidth efficiencies through data compression and other techniques. Opera Mini compresses web pages by up to 90%, claims their management and is available on over 3,000 phone models. Other examples of efficient browsers include Nokia’s proprietary browser, Amazon’s Silk browser (used on its Fire tablet) and Microsoft’s Pocket Web, currently under development.

The Game has to Change
Like fuel efficient cars, we will require bandwidth efficient smart phones, especially for the emerging markets. Increasing proportion of users in emerging markets or lower income households (or children), who may be able to afford only a small data plan. In a review last year of data plans in emerging markets, market researchers conclude that data plan costs, not device costs, are the major cost of smartphone ownership. The end result will be to expect customers and carriers to become more sophisticated in managing “all-in” costs. Smaller, entry-level data plans will become more common.