Maharashtra in India is the state with Highest Number of Broadband Subscribers classified in DSL / Cable Categories only. Wireless EVDO /3G and 4G are excluded in this report.

45% of the Village Panchayats in India have Broadband Internet facility. There are wide disparities across states in terms of coverage of village panchayats under Broadband. While on the one hand, village panchayats in states like Pondicherry, Kerala and Chandigarh have 90 to 100 per cent broadband coverage, villages in states such as Manipur, Meghalaya, Madhya Pradesh have less than 25% coverage.

The irony is that although all the villages of Kerala may be covered by broadband, only 6.12 per cent of India’s Broadband subscribers reside in that state.

State Wise Breakup of Broadband Subscribers in India is as follows, 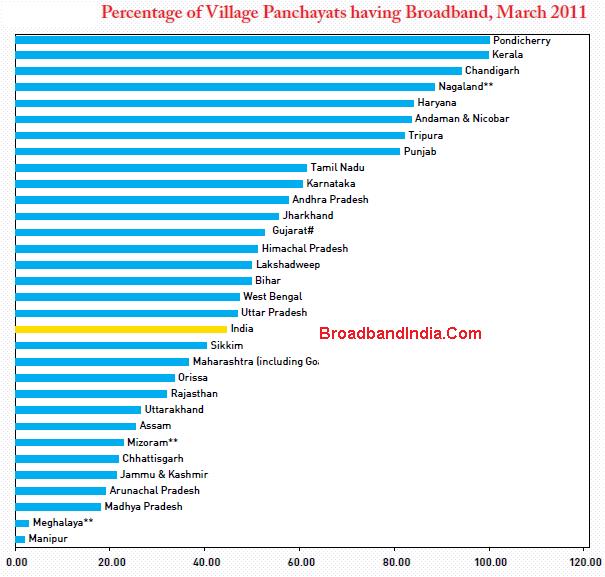