Lava Mobiles just a while ago has launched S12 – its first Android Smartphone which provides users with 3D interface & stunning looks for a superior sensorial experience.

S12 is a matte leather finish lends a contemporary feel to the phone and is expected to grab the attention of the youth. The phone has a smart outlook with rounded top & bottom edges that not only makes the phone comfortable to hold but it gives it a stylish curved look. The metallic silver finish on the hard keys and edges makes the phone stand out from the rest. 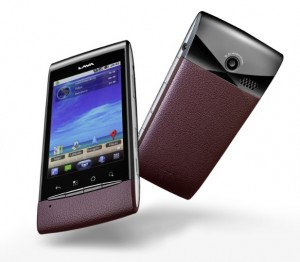 A fruit of Lava’s R&D in cooperation with its key Application development partners, S12 is the first step in knocking Lava Mobile’s entry in the smartphone segment. We aim to create best in class products that are not just technologically superior but are also designed keeping in mind the changing customer needs.