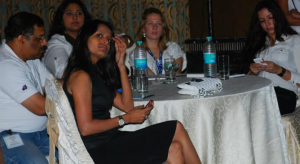 Mr. J. S. Sarma, Chairman of the Telecommunications Regulatory Authority of India [TRAI] addressed Investors across the World just a while ago on the Recommendations of TRAI on Telecom Spectrum Auction in India. Here are the key points on which Dr. Sharma touched upon,