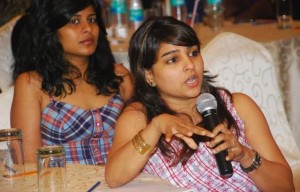 We have already covered the proceedings of the TRAI Open House in Delhi on the issue of 700Mhz Spectrum auction and 900Mhz Spectrum Refarming. Today we’d like to share the most awaited piece of information the Reserve Price for 1800 MHz 2G Telecom Spectrum which is keenly awaited by new Operators and Incumbents.

2G Spectrum in 1800MHz Availability: It varies from 3.2MHz in Rajasthan to 47.4MHz in Tamil Nadu with an average of 24MHz per circle. If auction is restricted to new players and those holding only 4.4MHz, at best only 16MHz would find takers.

Uninor and MTS Sistema are in favour of two-stage auctions with the first round restricted to new players. RCom wants excess spectrum above 6.2MHz to be confiscated from the incumbents and added to the auction pool. We find this proposal is also unlikely to be implemented as it is disruptive.

In a scenario where their is surplus spectrum, TRAI may place a high reserve price. Incumbents are planning to replace the administratively assigned excess spectrum with the auctioned spectrum, if the latter does not come with escalating spectrum usage charges. They are also planning for a Reduction in the number of cell sites due to additional spectrum.

TRAI should be mindful of the need to generate some demand and thus the auction would be open to all participants since it would be the least controversial alternative. Further, we consider ~US$300m/MHz for PAN India 1800 MHz Spectrum to be the reserve price which is in-line with the Ratio of growth in AGR /MHz ~US$270 Mn. Actual prices will vary from circle to circle during the auction.

1800Mhz Spectrum for 4G ? It may be argued that 1800MHz may be liberalized and 4G may be allowed, raising its potential value. In that case, we believe that at least two years would be needed to create sufficient 2x5MHz blocks after overcoming interleaving problems, as discussed by TRAI.