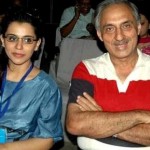 TRAI Held an Open House on the Spectrum issues plaguing the Indian Telecom Sector. Here is a summary of the day long discussion on 700 MHz and 900 Mhz Spectrum Bands.

700MHz was discussed too briefly to provide a basis for TRAI to recommend modalities decisively in this round. Airtel, which had asked for a minimum of two slots of 700MHz per bidder in its response, did a volte-face and suddenly agreed with Idea on the ecosystem not being mature. Reliance Infotel Broadband was largely silent on this subject and on its mysterious $11bn (for 2x10MHz reserve price suggestion). Vodafone and Reliance supported a sub-1GHz limit for all types of spectrum.

As far as the 700 MHz Spectrum is concerned, it was impossible for TRAI to build consensus around 700MHz auctions and hold them in FY13. Having said that, we estimate six blocks of 5MHz to fetch ~US$12-15bn for the government, but this would be in FY14.

900 MHz Refarming – Voice of Operators
In the TRAI Open House Discussions, Reliance Communications argued for immediate re-farming, suggesting limiting 900MHz holding to 2.2MHz for incumbents so that spectrum can be re-distributed. Airtel contradicted Reliance if one goes by the rationale of “spectrum re-distribution”, this process would have to be carried out every time new telcos enter the market. However, Airtel softened its stand on 900MHz re-farming, by saying that it would be appropriate to discuss this during licence renewals.

Ears on the Ground survey tells us that re-farming will be impossible due to staggered maturity of licences, massive network re-engineering and disruption of rural telephony. It seems impossible that the country can risk such a massive damage to vital infrastructure.

So for now both are a closed chapter and the focus is on 1800 Mhz Spectrum Auction because of the Supreme Court Order.