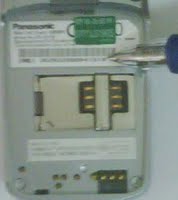 In a bold and commendable move in the interest of National Security, we back the Government of India for strictly enforcing the IMEI Number compulsion on handsets making it easier for law enforcement agencies to investigate in crime situation.

What is IMEI Number ?
It is a 15 Digit Unique Number Known as International Mobile Equipment Identification (IMEI) number. It is internationally maintained by the GSM Association and updated every 15 days in network operators’ Equipment Identity Registers.

It is for the Consumer Safety – Lets say if a phone is lost or stolen that whatever it is used for in the future does not come back to haunt the victim. Once reporting a phone lost or stolen, the network operator can ban the device from its network and others as well so that no more fraudulent activity can happen, however as a practical matter who ever is in possession of the device can still manage to get data out of it. [We will get more details on the Regulations and Ease with which one can report loss of stolen mobile and how to get it blocked]

Which IMEI Numbers are Blocked ?
Channel checks with Telcos indicate bulk of the handsets had iMEI numbers with all 0s or all 1s and they have been blocked. Some with random numbers continue to be existent but for sure they will be blocked shortly.

There were around 20 mn handsets without IMEI number that got blocked. But we did a street check and the Government has really taken measures to allot IMEI numbers through vendors after getting sufficient proof from the consumer. Dual SIM Phones need two IMEI numbers and they were being allotted just one initially because of lack of numbering blocks with vendors.

IMEI helps Mobile Money / m-Commerce:
IMEI numbers facilitate new opportunities and new business models such as micropayments and micro-transactions because the IMEI as a digital identifier or signature is so very lightweight. It can also be used for digital rights management of Audio / Video to curb piracy, just like pre-loaded songs on your Nokia N SEries handset don’t work on any other set.