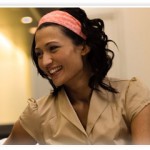 Uninor [Unitech + Telnor JV in India] disclosed that it has 2.1m active subs i.e. just 50% of the reported 4.3m as of Mar-10. The company defines active subs as those that used network during last 30 days. Even on active subs, ARPU at ~Rs90 suggests low usage especially given that mobile revenues could have a higher contribution from activation fee during the launch period.

Management too admitted the need to raise usage from present levels. The recent dynamic pricing launch seems to be aimed towards that. We believe that the lower-than-expected usage level for Uninor is also a result of tariff cuts by incumbents in Oct-Nov’09.

Lower CAPEX – Telenor cut back its India capex guidance by 25% i.e. Rs5.5bn for FY10. Management attributed it to combination of lack of spectrum in certain areas, the security clearance process for new equipment and the need to adjust roll-out speed for distributor readiness.

Uninor may find it tough to retain traffic beyond 1-2 quarters given the low level of tariffs already. Reduction in Greenfield rollout targets reflects management’s pragmatism in the face of a new reality in Indian Telcos.

Uninor cumulative capex spend till date has been Rs34 bn, while cumulative EBITDA loss stands at Rs14.7 bn. EBITDA loss for 1QCY10 was Rs7.6 bn (vs Rs5.3 bn in Dec 2009). We note that this quarter was the first full quarter of operations for all 8 circles where operations were launched in Dec 2009.