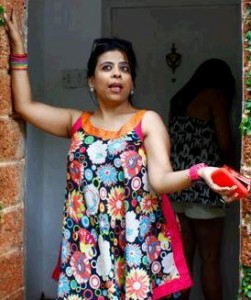 In 2009-10 when smartphones were still not popular in India, only about 10% of users bought feature phones above a retail price of Rs 8000. The market developments over the past year have been in line with expectations despite the regulatory noise and the retail price of entry level 3G smartphones has now fallen to around Rs 5,000 to Rs 6,000.

Bill of Materials [BOM Cost] of SmartPhones Falling
Despite mismanagement of the Economy and Indian Rupee, the retail price of a “good enough” 3G smartphone has fallen to USD100. The market development is faster than market expectations, with component costs falling faster than expected. The main chipsets (baseband, AP and connectivity), memory, display, touch panel costs have all fallen significantly over the past one year with the volume ramping up for smartphones. Total BOM cost of low-end smartphones with “minimum user experience requirement” has fallen to USD60-65 from USD85-95 in one year. EDGE smartphones can be sold at a still lower price than WCDMA smartphones is the cost savings in Qualcomm license and royalty fees.

Smartphone penetration rate for handset makers in 2012 looks reasonable. Globally, smartphone penetration has taken off much more quickly in China than in the US market, despite the US being the first market for smartphones to become popular and despite the US having a high portion of carrier subsidies. So can India compete with China ? We think not 🙁