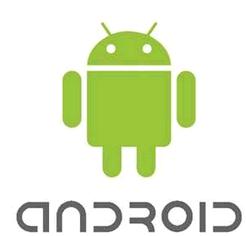 Talks with Android users across Asia and India suggest that they are largely unaware about technology platform wars we have been highlighting, as consumer focus has gone even deeper than brand to become product and service specific.

Android Fragmentation and App Developers Challenges
The fundamental issue of fragmentation and splintered or forked Android versions does not seem to matter to consumers as they have come to expect Apps and Services to simply work. This has been a problem for Developers who lament not only the costs associated with tweaking and testing their apps across more than a hundred variant Android devices but also that the need for Google to contain fragmentation is dire.

Developers feel it is in Google’s best interest to get involved deeply and directly with Motorola Mobility and also to keep the entire Android market instep behind Motorola and circumscribe the technological variance and technological footprint. This becomes a necessary move as the entry smartphone or value smartphone market grows faster in unit volumes, number of operators and geographic reach.

Android to have 50% Global Market Share
There is consensus among Technology analysts that half of all (not just smartphones) will be Android-based by 2015. Here the
challenge remains that the mobile platform is also pitted into the middle of battle for browser dominance.

Apple iPhone 5 maybe criticized for lack of WOW factor, but the control, integration and implementation of a mobile OS is a critical differentiator in a handset. Being able to run graphics at near double the performance with the same amount of mobile memory shows again what software engineering can do at platform level.