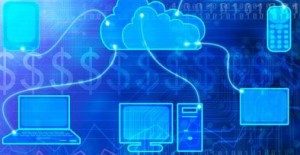 With Google hitting every vertical of Computer Science starting from CPU & Computing to Graphics, it has paved way for disruption in the Networking Space too with the advent of Software Defined Networking, SDN.

SDN aims to transform routers and switches from integrated, purpose-built hardware / software stacks to commodity hardware layer with an intelligent control panel. A very rough analogy is the experience of the mainframe market of the 1970’s and 1980’s, which was dis-intermediated by an operating system (Windows) running on top of a commodity hardware stack (the PC powered by CPUs from Intel). The net impact was a collapse in margins (for everyone other than Microsoft and Intel), but an explosion in PC growth and applications.

The goal of SDN is to allow networking resources to be re-arranged and reallocated on the fly via software rather than through the engineering efforts (i.e labor and time intensive planning) seen today. The key enabling technology for SDN is a software control plane that functions as an abstraction layer above a pool of
commodity switching and routing resources. Without going into detail, “pool of commodity switching and routing resources” clearly raises a risk to the rich margins enjoyed by Cisco, Juniper, and other entrenched networking equipment vendors.

As much as SDN has merit and momentum (especially with internet content providers), we view it as a revolutionary concept that will mature in an evolutionary process. VmWare jumped into the race with the acquisition of Nicira. Cisco and Juniper networks will face challenges of SDN, will they innovate to sustain this undercutting cycle on their core products ?