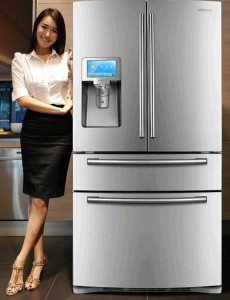 We are moving towards an era where Electronic Device and Appliance makes the world connected and more relevant. Day-to-day objects such as a sensors, cameras, air-conditioners, security systems and even light switches and electric outlets will become intelligent. Intelligence comes from the context-awareness of devices as they connect to the broader cloud. This trend has already begun a paradigm shift in the way various objects interface and react with each other and service requests.

In 2000, then president of NTT DoCoMo, Dr Keiji Tachikawa said,

People want to use the Internet at home, in their car, while they are walking…they don’t care if it is wired or wireless. They just want the freedom to use it wherever they are.

Excerpts from the proceedings of the Mobile World Congress in 2012 suggest, by 2015, the addressable market for mobile-connected devices would be 2.5b. However, the baseline estimate for connected devices is already more than 10b with most connected devices generating (rather than consuming) more unstructured data than ever. Today, the Internet has already made enormous progress in reach, capacity and consistency.

Increased machine-to-machine (M2M) interaction is enabling connected devices to exchange information to take cognitive action without human intervention. We have already seen deployments on how we can remotely monitor and control home security and lighting systems with the help of a mobile phone or tablet.

According to Cisco, the number of objects connected to the Internet already surpassed the world population in 2008 and by 2020 there will be 50b connected devices. Today there are approximately two Internet-connected devices for per person . The report further states, more than 8b handheld devices and approximately 2b M2M connections, such as GPS navigation within vehicles and asset tracking systems in water transport, will be intelligently connected by 2016. IDC estimates that in 2016 smartphone shipments will reach 2.2b units from 717.5m in 2012.

With so many connected devices, the size or volume of oncoming data traffic is the imminent challenge for the telecoms, and the nature of unstructured data distributed and generated across the Internet poses a challenge for technology companies to interpret it meaningfully.