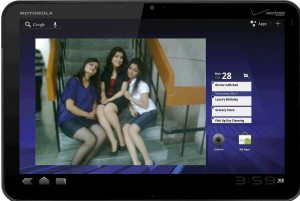 With the introduction of Apple iPad and Kindle Series, Hardware OEMs set sight on the new device converging Netbooks and Mobile. Tablets could continue to be the bright spot for the IT industry with more new models coming to the market in Q4-2012. Analysts forecast that 2012F / 2013F tablet shipments will reach 109mn/ 150mn units with upside for forecasts given increasing enterprise traction and pricing moving to the lowend segment (e.g., Google Nexus 7, Apple’s iPad mini and Amazon’s Kindle Fire).

Tablets will not completely replace NBs. With falling tablet ASPs and enhanced touch functions from Windows 8, we see competition between tablets and NBs intensifying further. Tablets might continue to enjoy an annual growth rate of 25% with some vendors launching student and application specific hardware.

Tablets’ pricing range of USD199-599 looks more competitive than USD600-1,999 for NBs. Looking ahead, we believe that future growth opportunities will mainly come from smaller-size (5-14-inch) mobile devices rather than from traditional NBs. PC OEMs with large exposure to the PC market but limited exposure to the tablet market (such as Acer, HPQ, and Dell) will likely find it even more challenging to fight back in the next round of competition, as their scale could not compete with the scale of existing tablet players. Other than Apple, we think that Samsung, Asustek, and Lenovo are better positioned to benefit from Tablets’ growth.