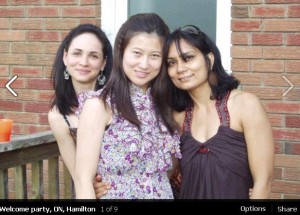 Facebook users would account for about 10-12% of all Internet users in China. Tom Smith of GlobalWebIndex mentioned in his blog how Facebook is accessed in China – mainly by (VPNs (Virtual PrivateNetworks), VCN (Virtual Cloud Networks) or work connections that are often routed internationally, or even mobile phones) is not very difficult, but their use complicates monetizaton severely because end-user access and discovery become complicated by the workarounds.

Tencent’s new micro-message app WeiXin, pursuant to their open-platform and cross-platform strategy is not only now available for Android, iPhone, Windows Phone, and Symbian platforms but across multiple languages beyond Chinese. The service has launched in Thailand, Malaysia and India already and can access, or be accessed from, Facebook and Twitter. As a cross-platform service play, the service allows you to connect with Facebook Friends either within its “add contacts” function or as a “plug-in” cloud function.

Since china still has control and censorship over the Internet, two questions come to the fore here. How many of the new Facebook additions are overlapping with WeiXin, and, since it is a service that does self-censor in compliance with the Chinese government, who is actually cannibalizing whom. Since Facebook is not session stateful in China but Tencent is, who is gathering better analytics on the Facebook usage in China, Facebook or Tencent?