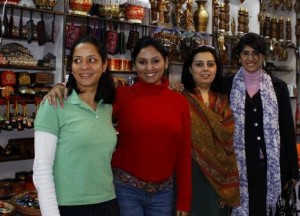 Facebook Inc has launched Facebook Gifts, an eCommerce marketplace for physical gifts where Facebook likely generates a commission on gift purchases for birthdays, weddings, or other special occasions.

Facebook Gifts is the first eCommerce implementation we have seen on the Facebook platform with deep social graph integration; better than previous attempts at eCommerce on Facebook (i.e. mini store-fronts) that did not utilize the social graph. However, it’s a big unknown whether users will gravitate towards purchasing physical goods on Facebook, and / or whether gift recipients will provide Facebook with personal identification information such as a physical address for gift delivery. Privacy concerns remain a hurdle for eCommerce, but we expect numerous merchants to join the program given the existing lack of eCommerce options on Facebook.

How does Facebook earn from Gifts Platform ?
It is expected to earn a 10-12% commission on every sale from the retailer. If 1% of users in the United States send 1 Gift each at an average selling price of $50, then FB will make $9Mn. Similarly, another $9Mn can be expected from FB International. You can make your own estimates using the above back of the envelope calculations on how much FB can earn, if 2% of its users send gifts Or if only 1% of the users send 4 to 5 gifts a year, etc

Will Facebook Gifts impact eBay, Amazon and other e-Retailers ?
One can easily expect many online and multi-channel merchants to participate in Facebook Gifts (especially if Facebook commissions are competitive or below Amazon/eBay). Initially, Facebook Gifts will have no impact on Amazon and eBay as we expect slow adoption. However, in Longer-term, it’s possible that Facebook Gifts emerges as a 3rd Party Marketplace but it will likely be limited in selection and price transparency vs. Amazon and eBay.

Facebook Vs Google Shopping / Product Search
Facebook will definitely take away some juice from Google Shopping towards the Gifts Platform. Google Shopping was smartly built on the idea of comparison shopping disguised as product search and later converted into a revenue channel by auctioning slots for Big retailers thus leaving the smaller entrepreneurial ones in a limbo over search / product discovery.