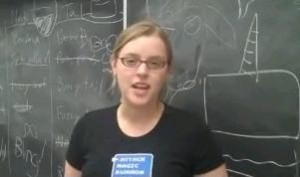 This is the second of the Article on Microsoft Windows 8 Build Conference, with the first one discussing about Windows Phone 8, Surface Tablet and Devices Platform. Microsoft has the Largest Developer community for the Desktop and the Server and is working hard to transition this community over to building for Windows 8 and the new Windows Server and Azure cloud platforms. We think Microsoft has got its act right with Windows 8 as the PC market [including Laptops, Notebooks] is converging with the tablet market, so while traditional PC form factors will decline, the combination of PC and tablets will be a good growth market for Microsoft.

Windows 8 eco-system user interface has a learning curve. The next step may be more positive feedback on the performance of Windows 8 versus Windows 7 and the benefits of migrating to the touch interface. There is a reasonable opportunity for upgrades for around 500 Mn PC / Laptops / Notebooks Worldwide in 2013 and 2014.

On the Desktop and Server side, the magnitude of developer interest in the platform remains very high for those that have long been on the Microsoft platform. MSFT lived upto the excitement of as they announced Team Foundation Services, allows free access to Azure for a team of up to five users. Developers were also particularly excited about the extension of Windows Azure Mobile Services to include both Windows Phone 8 as well as Windows 8 to connect applications to the cloud.

One of the Developers representing his company said that hey were going ahead with the Windows 8 upgrade from Windows 7 because it is faster, more stable, and more secure than Windows 7. He expressed the view that this is a much better version of Windows, independent of the touch functionality. His view was that this is appropriate even for non-touch hardware, but acknowledges the need for user training given the new interface of Windows. Retraining in our view may cause ramp up to be little bit slower than expected.

Azure Cloud Platform At the Build Conference, Microsoft disclosed the plumbing behind some important applications such as the USA Today app’s push notification systems, as well as the benefits Workday is deriving from delivering an enterprise application for financial and human resources that uses Microsoft’s Active Directory to integrate with Office 365 in the cloud with single sign-on.

Dev Tools were introduced make it easier for developers to build apps on the platform and deploy on premise, in the cloud on Azure, or in hybrid environments. Why Hybrid Environment ? Enterprises are likely to move to Azure. However, we have new companies and new projects preferring Amazon Web Services (AWS), and other established platforms and infrastructure as a service [IaaS] offerings from Salesforce.com, VMware and now Oracle as well.

The expanded functionality of Office 2013 with SkyDrive, Skype and social for workgroup collaboration and touch should increase the appeal of a Windows 8 upgrade for those that value Office functionality.