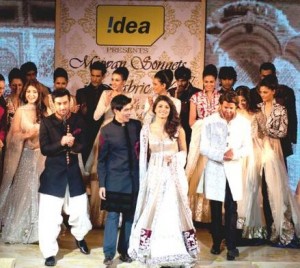 As you may have observed, we normally do not write about Voice / Data Plans here unless it is disruptive and needs a special mention to readers to enlighten the trends within the Indian Telecom Industry.

Pure Wireless Telecom Operator Idea Cellular has a dedicated Analytics team which runs various kinds of queries, analyzes result sets and develops models on customers usage pattern and traffic and recommends Calling and Data Plans which are a win-win for both the Company and the Consumer. As a result of the same Idea Cellular just a while ago launched two high end Virtually Unlimited Voice Calling Plan along with 3G benefits – Idea 1299 and Idea 1599 Post-Paid plans for around 5% of its High End customer base. Post-paid users Average Monthly spend on wireless carriers is usually 2.5x to 3x the National Average.

Finally, to conclude, we are getting a sense that Idea is confident of sailing through the 1800MHz Spectrum Auctions scheduled on Nov-12th, 2012 to achieve PAN India Coverage and thus the introduction of these two bold plans for post-paid users.