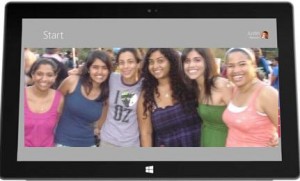 It will be important to Microsoft and its OEM partners that new touch-based Windows 8 devices (tablets and Ultrabook touch devices) be differentiated for enterprise, small business and prosumers [Professional Consumers] to distinguish these from competing tablets in the consumer space from Apple and Google’s Android OEM partners. This would need to come from attaching itself to the adoption of tablets and touch-based notebooks (Ultrabook touch devices) in its sticky markets where it has the opportunity for differentiation.

The bigger question is can Microsoft leverage its strengths in the more sticky enterprise and prosumers markets by delivering richer functionality as a differentiator that drives growth and potentially higher margins (than for the Android tablets) for Microsoft and its OEM partners.

Microsoft’s efforts with Windows 8 will further cannibalize the traditional desktop and notebook markets that are in secular decline, but will provide a platform for growth going forward with tablets and Ultrabook touch hybrid devices. Microsoft having its own Surface tablets will pushback OEMs that do not move to tablets will be on a declining platform but they have have no choice but to push ahead aggressively to compete on the new platforms where the growth opportunity is.

So what is Microsoft’s Strategy for Tablets in the MarketPlace ?
First, by delivering a touch-based operating system with Windows 8 that is optimized for the growth part of the market, tablets and touch notebooks. The new touch-based tablets and Ultrabook touch devices are what we should focus on, and we think Windows 8 will score well here, not as a consumer platform versus the iPad but as a more functional platform that can leverage the strengths of Windows compatibility and Office for that segment of the market that values this.

Will Enterprise Customers Prefer Surface Tablet ?
Microsoft is to deliver a more fully-functional tablet than the iPad, with Office functionality that leverages the needs of the more sticky market of productivity users. The new version of Office (Office 2013) which will be delivered in a kind of phased way over the next few months has some important new functionality that derives from the integration of Skype, SkyDrive and Yammer which are combined in a synergistic way to deliver social and workgroup collaboration, which is all the buzz in the enterprise application market right now, around the collaborative enterprise.

Desktops will be slow to migrate over (most are just now moving to Windows 7), but mobile devices will move much more quickly, particularly as prices come down for touch hardware. It will likely take a few quarters for the Office capabilities to be demonstrated in the work environment, but we think this will begin to resonate well and help drive enterprise adoption of Windows 8 devices and Office 2013.